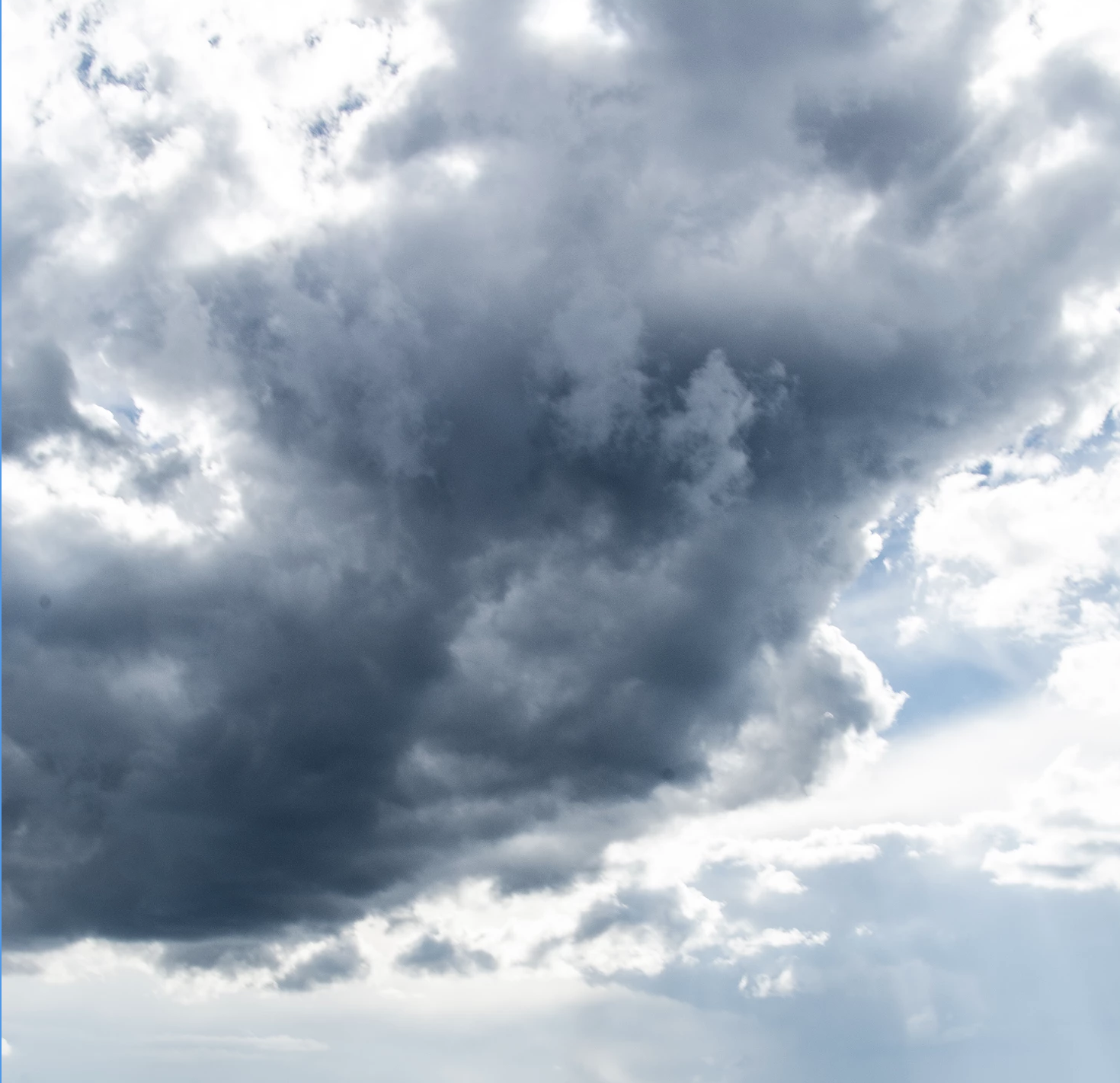 On the second day of my journey I awoke in my gnat filled St. Louis AirBnB with a renewed sense of vigor.  Ahead of me laid hundreds of miles of open road and nothing but the sound of Bobby-Gene's engine humming like a hummingbird as she would carry me to Omaha.  My curly hair flailed wildly above my head as I packed the last few items into my bag and hoisted it out to the bike.  The weather app warned of light rain so I donned my fluorescent orange rain suit, strapped the bags down good and tight, covered them with rain covers and took off figuring I could get at least a hundred miles under my tires before stopping for breakfast.

The asphalt whipped by beneath my feet for an hour without incident, a few light sprinkles of rain would collect on my visor but nothing that couldn't be easily wiped away.  I experimented with different ways to position my feet and legs to get comfortable, you'd be surprised at how much relief a slight tilt here and a small shift there can provide when you're sitting on a bike for hours on end.  The air was pleasantly temperate, not too warm, not too cold, a veritable Goldie Locks' choice, so to speak.  So far so good.  Just then, as if divinely intended, I came up over a ridge and bit by bit the sky ahead began to reveal itself.  Black.  The clouds condensed into a thick inky soup that stretched from North to South as far as the eye could see and my heart sank as I watched the road I was traveling disappear right into the thick of it.  I pulled off the interstate to check my weather app again, damming it for lying to me just an hour ago and with the swipe of a finger I flipped to the live storm view that shows the weather patterns.  Sure enough it showed Kansas City to be clear and beautiful, but in between me and KC was about a hundred miles of pure shit so thick that you couldn't even see the car in front of you and the storm showed no signs of stopping any time soon.  I looked up at the clouds and they glared back at me, looming like giant ominous dragons in the sky.  Should I turn back and wait it out?  All of the fearful thoughts that had tap danced on the floorboards of my mind began to tap louder.  It's dangerous to ride through a storm, isn't it?  What if I go down?  What if I get blown off the road or into a truck?  What if?  The tapping grew into a cacophony so loud my ears were ringing until I looked back down at the swirling red mass on my phone and said aloud, "fuck it."  I stuffed the phone into my pocket, strapped my rain jacket nice and tight, and pulled the throttle.

As the rain grew thicker all I could focus on was the faint red glow of tail lights guiding me through the maelstrom.  My entire thought sphere was consumed with making sure I was doing everything I could not to end up with the shiny side of my bike down.  What I didn't realize at the time were the valuable lessons I had already known but forgotten and was now relearning through this process.  Now, I could remain on a fairly micro scale and talk about this through the prism of how it pertains to me but I think it could be expanded into addressing what's happening to all of us right now.

You can believe what you want about spirituality, god, the devil, divinity, and the works, but one thing that is glaringly apparent is the massive shift in energy happening the world over.  So many of us are being confronted with our deepest fears and our hardest lessons, thrown up in our faces as unexpected and unfortunate as a good soaking from a passing car through a puddle.  Things in our lives are moving into places that may make us uncomfortable and it's manifesting itself in ways that can be as personal as depression and anxiety or as global as politics.  Regardless of Race, Religion, Color, Creed, or Sexual Orientation, most of us seem to be staring down a sky churning and black, and the fear that starts in the pit of the stomach begins to well and creep its way out to the fingertips.  How will we ever weather a storm so treacherous and come out the other side right side up?

As I made my way through the downpour keeping a close eye on the tail lights in front of me I realized that the anticipation of the storm was worse than the storm itself.  Sure, my heart was pounding and despite my rain gear the water was able to permeate the clothes underneath.  But as time went on the fear that reverberated throughout my body began to subside to nothing more than a whisper.  The world tossed and turned around me but inside my helmet all that existed was steady breath and I was able to stay calm, focused, and keep pulling the throttle through a hundred miles of soup.  And then as quick as it began it ended.  The clouds dissipated.  The sun blared.  The day was beautiful.  I not only ventured into the storm but passed clear through it and I was fine.

Whatever storm you're facing, whatever soup you're in, whatever maelstrom you're experiencing, you're going to be okay.  Sometimes all we can do in those moments is focus on the tail lights that anchor us.  Even when everything around you disappears into a swirling, indecipherable mess, the faintest of lights can pull you through.  All you have to do is breathe, stay steady, and pull the throttle.

In Southeast Asia there are breathtaking temples everywhere, some of which you have to climb thousands of steps to reach.  This is intentional, placed as a form of cleansing and meditation.  As one climbs the steps one might experience a range of emotions, the first of which is generally anger at the idea of having to overtly exert physical energy.  As you ascend you may feel like giving up, complaining, or even internally fighting the steps themselves, cursing them for making you work and bringing discomfort into your life.  But at a certain point your body, your mind, and your spirit all accept the experience and you settle into the repetitive motion of simply putting one foot in front of the other.  Your eyes glaze, your breathing stabilizes into a steady rhythm, and one step at a time you lift yourself upward.

As you experience these major changes in your life try to remember that clinging to tradition for the sake of tradition will only create friction and thus more anxiety.  Instead, try to embrace the change, understanding that though the life you thought you knew may be disappearing in the rearview mirror, the life you never knew you could have is just beyond the horizon.  Just because we only know one way to exist doesn't mean that it's the only way to exist or even the best way to exist.  Remaining open to new ideas is the key to adapting, like a blade of grass in the wind.