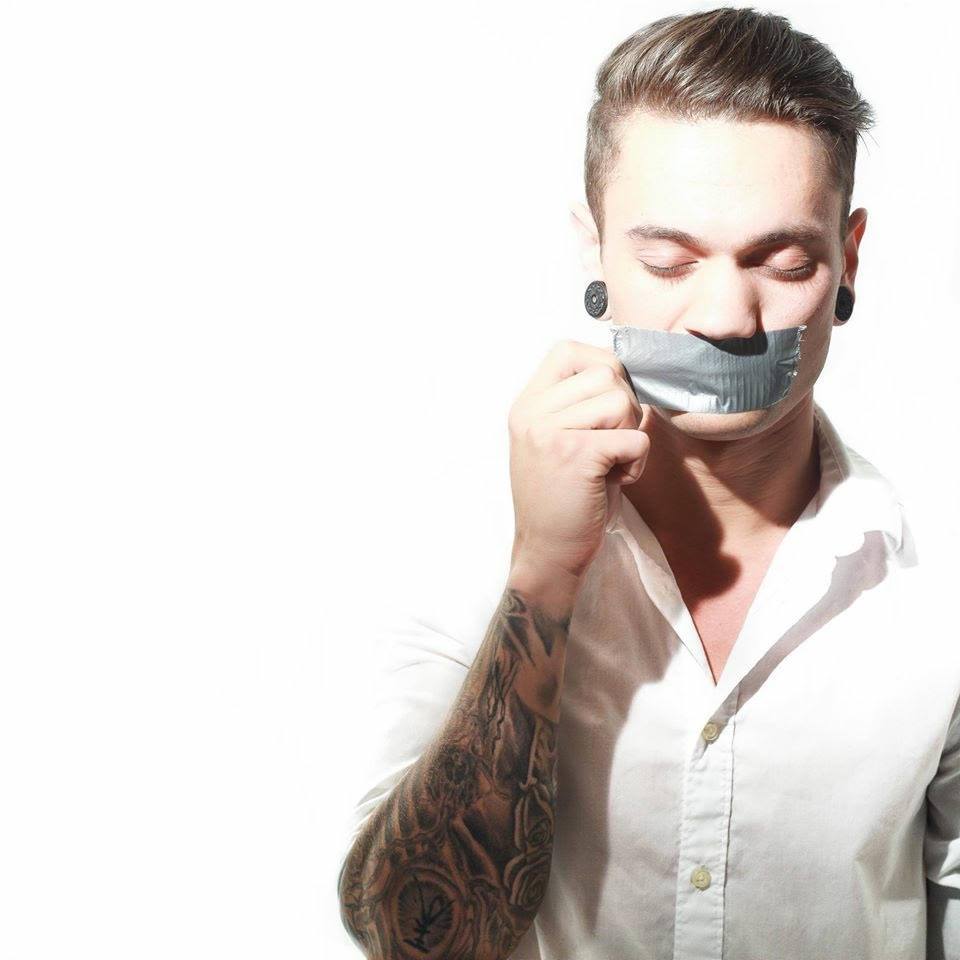 Identity.  Generally heavily sought, advertised as the thing that can give your life meaning.  Galvanize you.  Synonymous with stability and self awareness, identity helps you to define the intangible aspects that make you... you.  But is there such a thing as too much definition?  Is there a threshold you can cross where your identity ceases to function as an expression of you and instead you begin to function as an expression of your identity?

Musician.  Guitar Player.  Singer.  These are the words that have defined me since I can remember.  It was inevitable that I would end up with an instrument in my hands and at the ripe old age of five, with the enthusiastic encouragement of my parents and dreams of embodying Foreigner's "Juke Box Hero" I picked up the guitar and for twenty-three years that guitar has housed my identity.  It's expanded of course, seeping its way into other instruments, manifesting itself in wood and metal, in analog knobs and digital buttons.  Expressing itself through speakers in venues, studios, cars, homes, or at times not through any speakers at all.

Musician.  Guitar Player.  Singer.  For the majority of my life these three words have been the main facet of my existence and represented to others (and myself) the lion's share of what I have to offer the world, and for better or worse I was content with that premise.  I played in an array of bands, recorded and produced a handful of albums, even got to the point where I made the majority of my income through composing film scores.  I consumed voraciously any musical endeavor, and felt creatively filled to the brim.  Three years ago, however, the scenery began shift.  Those clear definitive lines I drew around who I was, the ones that gave me purpose and a sense of safety, began to feel more like walls that loomed ever higher, blocking out any view of sights beyond.  In this field of dreams where everyone tells us that we can be whatever we want we're left to find on our own just how challenging it is to do that whilst fitting into the socio normative boundaries.  We're told to dream big but shown to think small, to find our one thing and stick to it.  To brand ourselves.  That's when my identity began to look like a giant pair of empty shoes.  When everything I did became less to fulfill my sense of expression and more to fulfill my sense of identity.  My obligation to identity.

I would posit that while identity is comfortable it is rarely (if ever) certain, and the more we try to define those lines the smaller we make ourselves in an effort to fit within them, drawing the circle tighter and tighter until eventually we're standing with no room to move or breathe.  Our self awareness consumed by our debt to our identity.  But we're highly expansive creatures and we weren't built to be caged, even if it is by our own misunderstood expectation.

In aboriginal culture young people are sent on walkabout through the outback in order to draw closer to who they are.  Along their journey they're confronted with a deep sense of identity and upon returning they choose a name for themselves to reflect that identity.  BUT it is well understood that as a person grows so too will his or her sense of self, therefor it is common practice for a person's name to change many times throughout life.  There is no branding.  No pigeonholing.  There's only encouragement to be ALL that you are and all that you can discover.

I've decided to embark upon my own personal walk about, or rather ride about.  In fact today I cast off on two motorized wheels for an 8 week journey around the country.  But let's back up a moment and figure out just how the fuck I got here.

A few weeks ago I sat in my studio looking around me at all of this recording equipment, all of these knobs and buttons, and this giant recording desk that served no purpose other than to be an extension of my ego, and realized that my sense of self had shifted.  All of these things that had once represented a feeling of professionalism had now become a collection of things I didn't need and yet felt obligated to use.  Every knob and button felt like an over complication of something that had once been so simple.  I began to wonder what happened to the days of just sitting down with an instrument and plunking out a few notes.  At what point did my process become so complex and convoluted?  The more I thought the more claustrophobic those knobs and buttons made me feel.  So I sold them.  Sold the giant ego desk and bought a much smaller much simpler one.  Sold all of the outboard gear save for a few key pieces, and invested the money back into actual instruments.

As I got rid of the clutter in my life a newer, more minimalistic version began to reveal itself and suddenly I felt like I could breathe.  But life likes to shake itself up sometimes to keep things from getting too comfortable, and in this case it most certainly had change in mind for me.  Just as the dust began to settle on my new and improved minimal(ish) environment I got an email from my landlord stating that his daughter needed the house that my roommate and I live in and so we needed to be out by the end of the month.  Word.

Sit.  Contemplate.  What's the next move?  Everywhere I turn the universe seems to be telling me "stability is not on the menu for you right now."  Okay, so what is?  Buddhism states that our realm, this human existence, is riddled with sadness, disappointment, grief, and all forms of negative experiences because of one thing: attachment.  The ultimate goal of the Buddhist is to reach enlightenment or Nirvana which is complete detachment from all earthly things.  I'm not sure I could claim to be a Buddhist, however I would observe that our culture teaches us to be attached to all things, especially outcome.  To constantly want and strive for more than what we have and to even gamble something as personal as our own self worth on whether or not we can obtain it.  Whether it's something physical like cars, houses, money, or more social like status, acclaim, or respect, outcome is what fuels our entire society, and to think about that one begins to contemplate whether or not that's natural.  Were we made to constantly live in this space of lack?  To continuously feel like we never have enough?  Wouldn't it be amazing to feel full and abundant right now?

So I've decided to unsubscribe.  Rather than look for a new house to be complacent in I'll just pack my things into a storage unit, throw some clothes, cameras, a journal and an e-reader crammed full of philosophy books into a few bags, strap them to my motorcycle and go explore the realm of detachment.  Take some time away from the constant noise of society and be silent.  Like so many of us I've spent the majority of my life trying to impose myself on the world, make my mark, blah blah blah.  As if I'm entitled to some sort of legacy beyond me.  I almost never considered that maybe I had it backwards.  That I'm not to dictate to the universe what my life is but rather stop and listen and let the universe inform me.

As I began to shift my focus to this new endeavor of mine I felt an urge to sit down at my Rhodes MKI and plunk out a few notes.  For the first time in years I felt like I had something to say.  Note after note I worked my way through this new yet familiar emotional minefield and a week later I looked up at an entirely new EP, written, recorded, produced, and ready to release.  What feels like some of the most personal and vulnerable work I've created thus far is finished just in time to give it to all of you in a few weeks (it's being mastered) and completely step away from it.

So here I am, standing on a precipice and staring down into complete darkness, not a clue what awaits through the portal.  This new EP entitled "Axiom" serving as somewhat of a farewell letter, a proverbial "See ya on the other side."  Here I go...